SGE was contacted the first time by a very high-quality Midwest printer named Rink Printing in 2013. Since then, they kept their eyes on a plan to move into all 40 inch presses and away from the one 29 inch press they still had. In late 2017, Rink decided the time was right to move forward with their plans and called SGE. They told us at that point they were ready to move into an additional 40 inch six color coater to replace their Komori LSX29. In order to capture new markets, their request was for a six-color coater Komori LS40 press that was equipped with LED U.V.

After an extensive domestic and international search, we were able to identify a raised 2006 LS640+CX with all the automation they asked for as well as a nearly-new AMS LED system already installed. Within just a couple of weeks, SGE accompanied Rink ownership and staff in to see the machine in action. After an impressive demo of the press’s capabilities, Rink decided to pursue the purchase.

As a larger project for our team and for Rink, including introducing technologies new to the printer, this was an extensive project. Our own Operations Manager and technical guru, Ashley Reed, was personally involved on-site for both the removal and re-installation of the machine. SGE carried out all logistics necessary for the break-down and removal of the LS40 press including all rigging, trucking and re-installation. The press install included dry ice cleaning of the entire press gripper train as well as agreed upon general refurbishment work. We also carried out the entire removal, moving and re-installation of the trade LSX29 press for a West Coast printer as well.

In total, SGE called upon the resources of no less than 3 press mechanics, 2 helpers, 2 electricians, 1 demonstrator and 3 rigging companies as well as technical assistance directly from the manufacturers. Both presses are now in full production and making money for their respective buyers. Rink is now able to capture much more of the plastic and synthetics printing they were after as well as more than doubling their workload capacity. An all- around great fit for all! 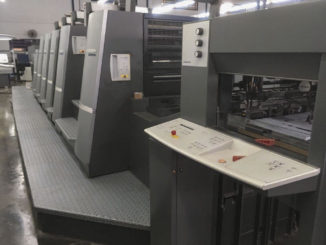 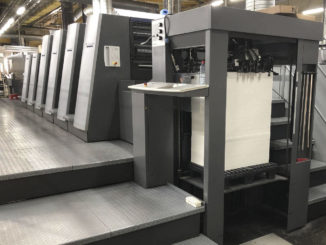 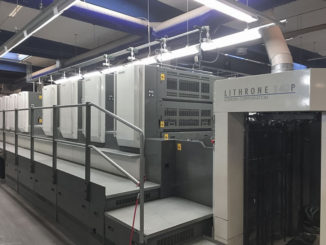