“We’re up and running…. Killer press!! Thanks for all your help.”

In the Fall of 2016 SGE was approached by The Goode Company in Northern California regarding their desire to replace their aging Komori L628+CX press. Although they kept their 628 in fine operating condition, they were ready to move up to a 6-up format machine with coater. Their ROI studies also showed significant increase in profits going to a more automated press, which also helped drive their search.

Through our extensive supply resources, we were able to bring several candidate machines to Goode for consideration. In particular, a 2009 Komori LSX629+CX with full ’45 series’ automation and only 11mm original impressions caught their collective eye. Our representative, Ashley Reed, travelled with The Goode Company to an on-site print test and full mechanical inspection of the machine which performed with flying colors. The East Coast shop who owned the press since new kept the press in immaculately clean condition – the machine truly showed ‘as new’.

As part of our purchase agreement with The Goode Company, SGE agreed to employ Goode’s local Komori mechanic, Giuseppe De Piazza, do perform the take-down and re-installation of the machine. The photos below show the machine just as final print testing and finishing touches were taking place. Goode contacted us multiple times to let us know how pleased they were with the entire job and today they are off and running in full production on their new Komori press. Says Goode’s Director of Operations, Michael Parker, “We’re up and running…. Killer press!! Thanks for all your help.” 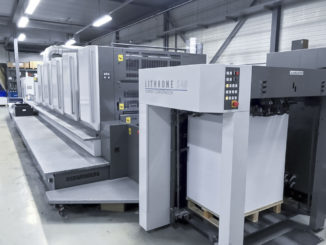 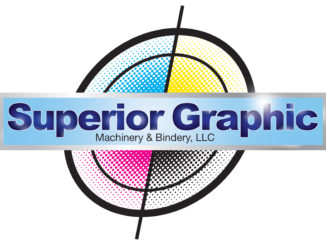 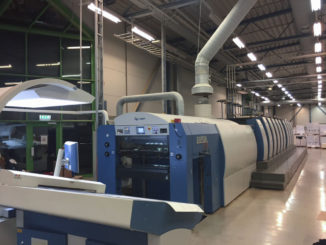